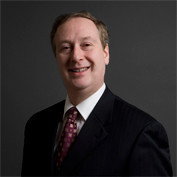 EDWARD ALPER, ESQ., is a highly experienced attorney whose practice includes commercial and real estate transactions and disputes, including all aspects of litigation, from commencing the actions, through the taking of discovery, the conducting of trials, and the prosecuting or defending of appeals.

Mr. Alper’s career highlights include: defending  a civil action which protected the legal interests of the developer of the Secaucus Junction station (New Jersey Transit) in the U.S. District Court of New Jersey, against the Town of Secaucus, which sought an injunction intended to stop development of the transit station; and prosecuting a civil action in the U.S. Bankruptcy Court, the U.S. District Court, the U.S. Court of Appeals and the New York Housing Court, focused on the issue of whether a tenant continues to have an interest in his leasehold subject to the protections of bankruptcy laws after a warrant of eviction has been issued against the tenant. Ultimately, such litigation was instrumental in changing the law pertaining to a tenant who files for bankruptcy protection after a warrant of eviction has issued against that tenant in Housing Court.

Mr. Alper graduated with High Honors from the University of Florida (B.A., 1979), where he was elected to Phi Beta Kappa.  Thereafter, he was awarded a Juris Doctor degree by the Columbia University School of Law (1982). Mr. Alper is admitted to practice in all of the trial and appellate courts in New York and in New Jersey, and is a member of the bar of the following federal courts: U.S. Court of Appeals for the Second Circuit, U.S. District Courts for the Southern and Eastern Districts of New York, and U.S. District Court for the District of New Jersey.

TO SCHEDULE AN APPOINTMENT: